CEMyRI, CIC BATÁ and Cervantes Theatre invite you to a Film and Discussion Night: “Born in Syria”

CEMyRI and CIC BATÁ have the pleasure to invite you to Film and Discussion after the showing of the documentary: “Born in Syria”. This movie, which is first showed in Almeria, has been nominated by the Goya Awards 2017 and tells the story about thousands of people that have died trying to reach Europe since the beginning of the war in Syria. The director wants to narrate the horrors of the war conflict from the innocent perspectives of a 7 year old.

But as the occasion demands, there will be also a prologue performed by CEMyRI and CIC BATÀ, in which they will introduce the Co-Responsible Project and the short film made by the students of the Workshop: Pictures from the South: audiovisual as a communication mean to overcome prejudices, stereotypes and rumours about migrants.

The act will finish with a discussion moderated by the journalist from La Voz de Almeria, Lola González in which will participate: Javier Pajarón,  a journalist specialised in the conflict; Juan Miralles, responsible of CEPAIM and head of Almeria Acoge; Pablo Pumares, head of CEMyRI; and Rafael Cantero, from the Centre of Initiatives for the Batá Cooperation (CIC BATÁ)

The act will take place next Thursday May 4th in Cervantes Theatre in Almeria at 20:00hs.

Tickets will cost €5 and are available in the box office or in the next link: http://almeriaentradas.com/

More information in: kuverproducciones.com or in www.teatrocervantesalmeria.com/eventos/nacido-en-siria/
¡We hope to see you there! 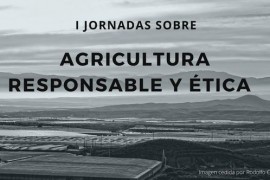 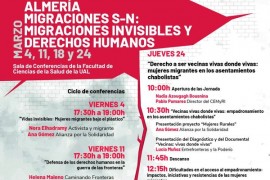 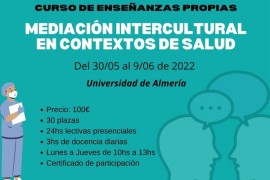 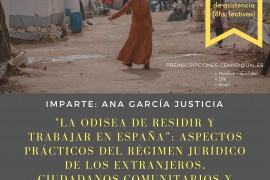 Our Life Is Not Here: Migration and Return of Young Spaniards Living in Chile