The project ENGAGE – Using contact interventions to promote engagement and mobilisation for social change (2021-22) –  addressed the problem of discrimination of Roma people in Europe, building on the assumption that anti-Gypsyism and a hostile normative political context create obstacles to Roma inclusion and the social engagement of Roma and non-Roma people alike. The project consortium was coordinated by Eötvös Loránd University (Hungary), with partners from the Institute for Research in Social Communication of the Slovak Academy of Sciences (Slovakia), Centre for Migration Studies and Intercultural Relations, University of Almería (Spain) and Uccu Roma Informal Educational Foundation (Hungary).

Our objectives were to: (1) address the problem of anti-Gypsyism and indifference among the non-Roma majority; (2) increase Roma engagement; and (3) mobilize the non-Roma as allies for social change.

Our project had two main pillars: (1) the assessment of contact-based intervention programs using action research and identifying best practices; (2) experiments and surveys, analysing data from large European surveys, and using meta-analysis of previous research. We focused on Hungary, Slovakia and Spain, but maintained a European perspective in data collection and dissemination.

Both a meta-analysis and a secondary data analysis, based on Eurobarometer and European Social Survey data, confirmed that higher intergroup contact is associated with more positive attitudes towards the Roma. The connection was stronger in countries with deeper anti-Roma public sentiments, but the positive effect of intergroup contact was not influenced by cultural values.

Best practice analysis in Hungary, Spain and Slovakia showed that most interventions were contact based, aiming at reducing stereotypes of non-Roma but also empowering Roma people or promoting structural change of inequalities. Increasing knowledge about Roma culture and history, promoting direct social or political participation of the Roma, and increasing empathy toward Roma, were central elements of most interventions. The main weaknesses of the interventions were the lack of attention to responsibility-taking of the non-Roma in social change, and the lack of institutional support and long term interventions.

Based on experimental studies in Hungary and Spain, we found that believing that non-Roma allies can contribute to social change by coordinated efforts increases participation intentions in actions for defending Roma rights as allies. When non-Roma people believe in their capacity to bring about change in society, it leads to higher mobilization because it increases hopefulness. Conversely, meritocratic beliefs can buffer social mobilisation, which should be considered in interventions aimed to promote participation in social change movements. Recognizing and making visible the existing socio-economic inequality and discrimination of the Roma plays an important role in social change tendencies of the non-Roma.

The analysis of interviews with Roma activists from Slovakia, Hungary and Spain showed that experience of anti-Gypsyism and discrimination were primary motives for activism. NGOs played a crucial role in activism, but they also faced challenges related to financial and staff instability. The main barriers to activism were: paternalistic attitudes of the majority; the persisting negative image of the Roma; low representation of the Roma in public life; poor awareness of Roma history, culture and identity. Roma women were identified as crucial carriers of social change, nevertheless, their low representation and gender stereotypes created additional obstacles. Allyship of the non-Roma (including other minorities) was perceived as an indispensable part of social change.

Ina survey with a representative sample of Roma people in Slovakia, we focused on factors underlying their willingness to engage in social movements or actions for equal rights. Over 80% of participants expressed strong feelings of injustice regarding the position of the Roma in Slovak society and more than half of participants tended to share the belief in the Roma minority capability to effectively join as a group in activities to improve their position in society (group efficacy). 37.5% of participants reported rather high intentions to engage in collective action in support of equal treatment of Roma and non-Roma children in schools. The higher group efficacy and the more injustice the participants perceived, the more likely they would tend to engage in collective action. Also, higher amount of contact with the non-Roma was related with higher perceptions of Roma group efficacy and higher tendencies to engage in collective action aimed at reducing the unequal position of the Roma. Therefore, intergroup contact served as a resource for the Roma engagement. Finally, we developed an online, interactive toolkit and common methodology for increasing Roma engagement and fostering non-Roma allyship. 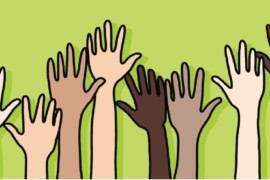 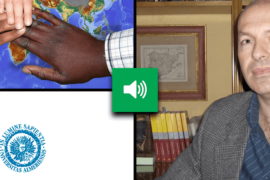 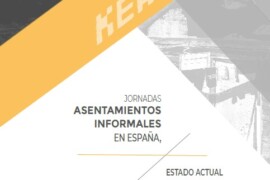